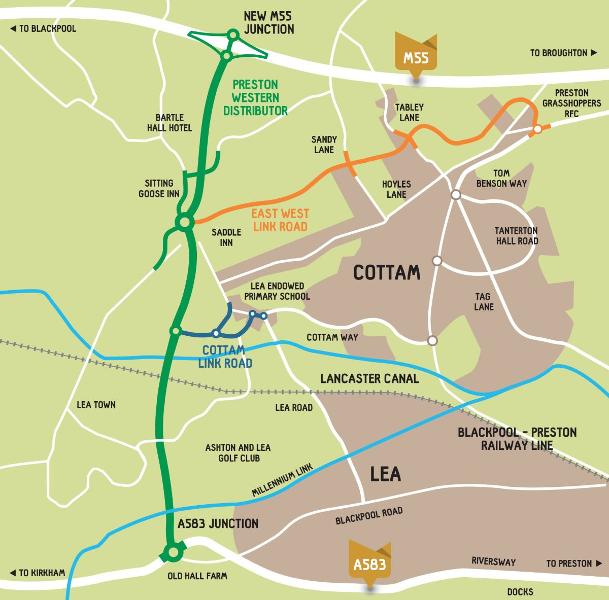 Excellent progress is being made on all of the structures across the Preston Western Distributor (PWD) transport scheme.

As part of Preston, South Ribble and Lancashire City Deal, the £200m Preston Western Distributor (PWD) transport scheme is the biggest new road programme in the City Deal and is scheduled to open early 2023.

What is the PWD?

The PWD is a major new road linking Preston and southern Fylde to the M55 motorway and will involve the construction of:

Once completed, the scheme will help to promote new housing and business development in the area, while increasing capacity on the existing local road network.

The construction team involved have worked hard to make excellent progress on all of the structures across the scheme.

The new motorway junction construction is well underway with bridge beams in place. The concrete decking will be completed soon with the kerbing and edging work set to begin in March.

The old footbridge was demolished and removed over a weekend in January, as part of construction works. To accommodate this work, the M55 was closed in both directions between junctions one and three. The bridge removal went well and the motorway reopened 24 hours ahead of schedule. 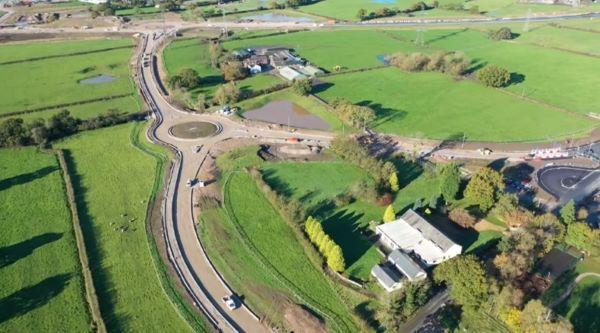 The roundabout is under construction which will form the junction of Cottam Way with Lea Road. Two other roundabouts are now visible with kerbs installed at the PWDR and on the section behind Northern Dairies.

The Link Road will connect Sidgreaves Lane (at the junction of Lea Road) to the new PWDR and Cottam Way. Its new layout will remove passing traffic and help to prevent congestion in and around Lea Endowed Primary School. 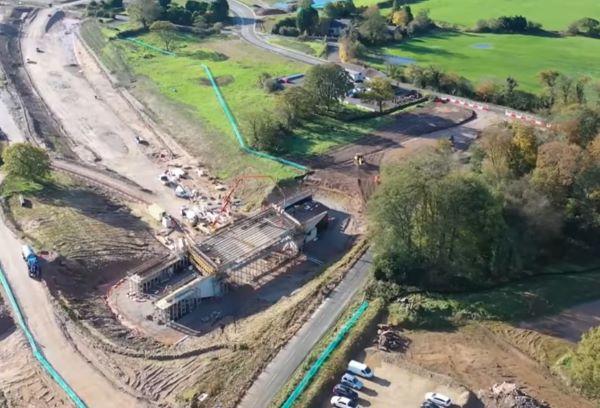 Construction has started on the new layout on Bartle Lane between Sandy Lane and Lea Lane.

The new bridge over the PWDR is nearing completion with preparation ongoing to bring the realigned lane across it.

The concrete decking is completed and the structural backfill has commenced on both abutments. Waterproofing on the deck, planter bases, concrete verges and parapets are being installed during February and March, with the kerbing and surfacing to follow in the spring.

Viaducts over Lancaster Canal and the railway line 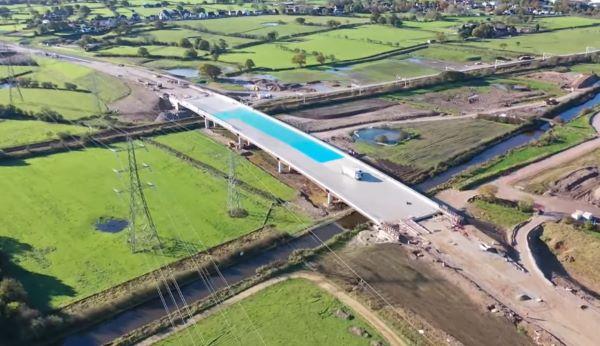 The Lea and Savick Brook Viaducts are very large structures. Lea is close to completion with the parapets installed, and the kerbs and surfacing to follow. On Savick, all the steel deck beams are in place and the casting of the concrete deck is progressing well.

More about City Deal and other key projects

For more information on City Deal and other city centre and wider projects and plans taking place across Preston see key projects, strategies and plans.