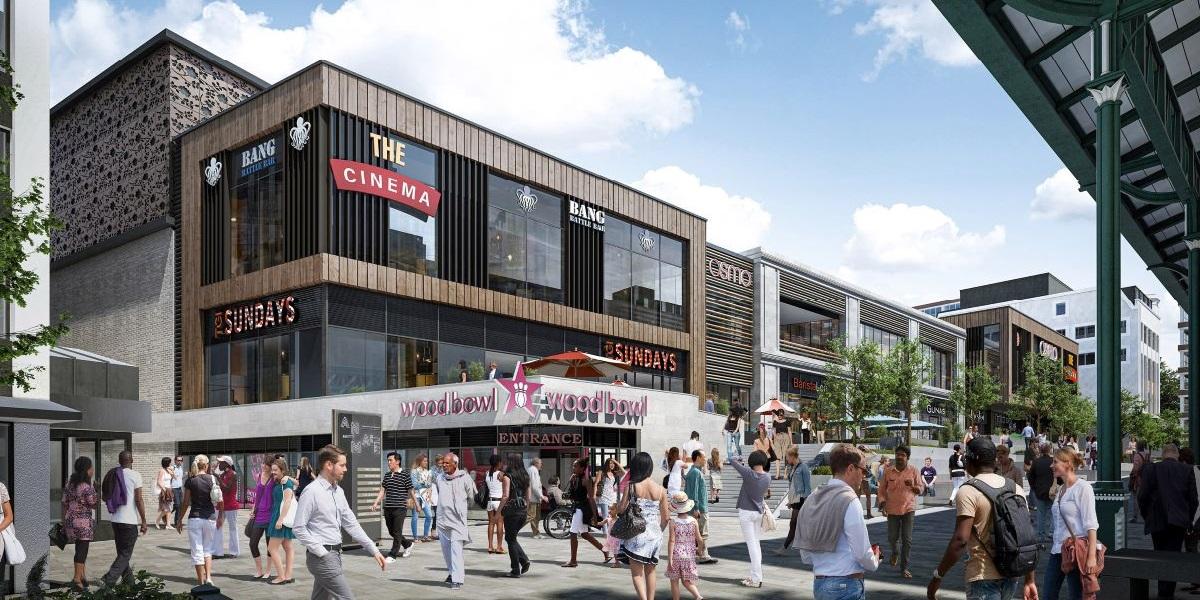 Preston's city-owned £40 million cinema and leisure complex given go ahead marking a key milestone for the commencement of construction works due later in the year.

Located on the city's former indoor market, Animate will offer a state of the art cinema and leisure complex providing entertainment across three levels.

Level one will provide parking spaces including electric vehicle charging points and disabled spaces accessed via Tenterfield Street and Ringway.

Level two will include five restaurants (with terraced seating area) looking over the new public space with the bowling alley located at the rear of the building.

Level three will consist of a cinema lobby and screens, a large restaurant (with external terrace) and a competitive social space at the rear of the building, which could include entertainment such as crazy golf, darts, pool or an escape room.

The scheme, designed by Leach Rhodes Walker, will stimulate economic growth and development in Preston and is expected to generate over £7 million of extra economic activity annually while creating 140 full-time equivalent jobs.

The Council is developing Animate in partnership with Maple Grove Developments, part of the Eric Wright Group.

"There has been a huge amount of work taking place to get to this decision today and I would like to extend my thanks to our partners and project team for their efforts.

"We have been extremely encouraged by the strong interest received from national retail and leisure occupiers, who do not currently have a presence in Lancashire and we look forward to making more announcements in the coming weeks."

"This is fantastic news for Preston,and is a key milestone towards starting construction work later this year with the view to opening Animate in 2024. It's a key project in Preston's 15-year City Investment Plan and will contribute greatly to its ambitious vision to transform the city."

"Today marks an important day in the transformation of our City Animate is an important step forward in the delivery of the Towns Fund Investment Programme that will see a £200 million investment transform the Preston's Harris Quarter.

"It'll act as a catalyst for further investment into Preston and will be a valuable asset in positioning the City as an attractive place to live and work."

The development is one of six major projects planned under Preston's Harris Quarter Towns Fund Investment Programme, for which the city was awarded £20.9m from the government's national Towns Fund initiative in March 2021.

For details on the programme and how it contributes towards achieving the overall aims of the city investment plan see Harris Quarter Regeneration.